10 early signs of dementia and how to spot them 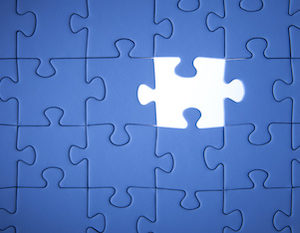 Spotting the early signs of Dementia can make all the difference to the progression of the disease. If it is diagnosed as soon as possible there is a good chance that medication can – albeit temporarily – slow down the diseases that cause the damage to the brain.

Signs of early onset dementia usually affect people in their 50s and early 60s. But is it really a dementia sign or is it just a something we do as we get older?

As dementia is a progressive neurological disorder, there are many stages and dementia symptoms. The changes are gradual, and this may give your parent time to receive an early diagnosis and to slow down the disease.

The first signs of dementia can be spotted before the symptoms make a big impact on day-to-day living and overall quality of life.  For more information on the various stages of dementia, download our free and comprehensive dementia guide.

Sometimes dementia diagnosis can be difficult as there is no one simple test to carry out and early symptoms can be similar to the age-related changes listed above.  Here are 10 early signs of Dementia to look out for.

– This is different to: more typical age-related memory loss where someone occasionally forgets names or appointments, but recalls this information later.

The most recognisable dementia memory loss symptoms include asking for the same information over and over, along with the repetition of stories. This is a common occurrence for both signs of vascular dementia and Alzheimer’s symptoms.

2. Forgetting how to do everyday tasks

– This is different to: more typical age-related forgetfulness such as needing help to record a tv programme or how to use the settings on a microwave oven.

Your parent may start to find it hard to complete daily tasks; these might include the setting of a table, driving to a familiar location or remembering the rules of their favourite game.

Forgetting how to do everyday tasks can be spotted just by observing someone or by completing a Self-Administered Gerocognitive Exam (SAGE); an early signs of dementia test which can be taken online.

However, this shouldn’t be used as an official diagnostic tool; you should always seek the advice of a GP. Other examples of forgetting how to do simple everyday tasks can include:

Your parent may start to find it difficult to complete tasks they used to be able to do with ease. For example, if they used to be a fantastic baker, they may now find it hard to bake the sponge cake they’ve made over and over again.

– This is different to: sometimes having trouble finding the right word.

One of the most common symptoms GPs report is problems with communication and language.  This may include struggling to follow or join a conversation; it can also include stopping in mid-sentence with no idea how to continue.

For this particular sign of dementia NHS staff will usually administer a Mini Mental State Examination (MMSE).  Although this isn’t a direct dementia symptoms test, it is able to measure language and communication skills, ability to understand instructions, attention span and more.

– This is different to: getting confused about the day of the week but working it out later.

Your parent may forget where they are and how they got there.  Along with losing track of dates, seasons and the time this is one of the most tell-tale signs of early onset dementia.

They may also struggle to understand something if it’s not happening immediately. This is because the mind of someone with dementia is mostly situated in the present and they find it difficult to comprehend the passage of time.

For example, your mum may tell you she’s missed you because she thinks she hasn’t seen you in a long time, but in reality you visited her last week.  Another example includes time passing very slowly in a general sense: ten minutes might seem like an hour, an hour might seem like a day and so on.

5. Difficulty in calculating numbers and handling money or balancing the cheque book

– This is different to: common age-related issues such as missing a couple of debt repayments due to low income, making occasional errors with number calculations.

Consistent financial problems and money struggles are high on the early signs of dementia checklist. These dementia symptoms include changes in an ability to develop and follow a plan or work with numbers.  This could include:

If you’re concerned about your parent’s ability to handle their finances, read our guide on setting up a power of attorney for someone with dementia.

6. Putting things in the wrong place

– This is different to: more normal age-related behaviours such as losing things but being able to retrace the steps to find them.

Losing things or putting things in strange places, and then being unable to retrace steps to find them again, is on the official observation list for early signs of dementia.

Sometimes someone else might be accused of stealing which may occur more frequently over time.  For example, your dad may insist that a friend keeps stealing his money, whereas it’s in its regular hiding place. Other examples that may indicate potential dementia symptoms could include teabags in the fridge or remote control in the cutlery drawer.

Misplacing or losing items is more common in Alzheimer’s Disease, rather than vascular dementia. Find out more about the different types of dementia.

– This is different to: more typical age-related behaviours such as becoming irritable when a routine is disrupted.

Mood and personality changes can be associated with early signs of dementia. This could include becoming confused, suspicious, depressed, fearful or anxious, and your parent may find themselves getting easily upset in places they feel unsure about.  Some of the dementia symptoms NHS lists include:

For example, your parent may appear calm, then visibly upset, and then very angry in a matter of minutes.  This is a significant sign of dementia anger and frustration – specifically if it’s unprovoked.

Other physical signs include pacing, obsessing over minor details, agitation, fear, confusion, rage and feeling overwhelmed because they’re trying to make sense of a world that’s now confusing to them.

– This is different to: feeling weary of work, family or social activities – which is a more generally age-related norm.

The signs in the early stages of dementia can include the avoidance of being sociable, stopping with hobbies, going to work or playing sport.  This could be because your parent feels disconnected from the current world or they feel like they’re unable to take part in regular social interaction.

Your parent may also feel ashamed about the changes they’re going through – so they may show signs of reclusive behaviour. For more help with depression for yourself or a loved one, please read our mental health guide.

– This is different to: making a bad decision once in a while.

Changes in decision-making or judgement might include dealing with money or paying less attention to keeping clean and groomed.  This can be one of the more obvious parts of your observation list for early signs of dementia.

– This is different to: Vision changes related to cataracts or age-related or diabetic sight changes.

Signs of early onset dementia may include visual difficulties. This includes vision problems such as having difficulty reading, judging distance, lack of spatial awareness loss of perception or determining colours/contrast, which may cause problems driving.

Your parent may find it harder to use a knife and fork to feed themselves or they may lose the ability to use zips and buttons on clothing.

If you suspect your parent may need help with everyday tasks, take a look at our care options for people with dementia article.

A Personal Alarm built with Dementia in mind

If you care for someone with dementia, you may want to consider a system like the CPR Guardian Smartwatch. This light and stylish watch is often preferred by elderly relatives who are used to wearing a watch every day. The CPR Guardian can pair with a carer’s smartphone, enabling them to find out the wearer’s GPS location and communicate with the wearer directly through the watch. The watch also comes with an SOS button that alerts the carer directly when pressed. It can even monitor the wearer’s heart rate! All of these features mean that there is always a way to keep track of your relative with dementia, make sure they’re okay, and be alerted if there is ever a problem.

Stroke-like symptoms could be a sign of vascular dementia

Vascular dementia differs from Alzheimer’s Disease in that it involves stroke-like symptoms including muscle weakness or partial paralysis.

This type of dementia can also be an after-effect of a stroke or mini stroke.

My dad seems to be tired all the time lately – how do I know the difference between age-related changes and dementia symptoms?

Sleep disruption is common with regards to both age-related sleep patterns and signs of early onset dementia so it can be tricky to work out what’s going on. But if you look out for accompanying symptoms specific to dementia you may be able to tell the difference. If you suspect it is more than just sleepiness make an appointment with your parent’s GP.

For more information on how dementia symptoms can affect sleep please read our article on dementia and sleep.

What do I do if I think my mum or dad has dementia?

The GP should be the first point of call if you suspect your parent is suffering from signs of early onset dementia.  If the doctor suspects your parent has dementia they will refer them to a memory clinic or specialist. For further details on the process please visit our guide on diagnosing dementia.

How does the dementia diagnosis process work?

After the GP has referred your parent to a specialist, they will undergo a Mini Mental State Examination (MMSE).  This is a written test to measure attention span, short and long-term memory, the ability to plan and the ability to understand instructions. This will not directly diagnose dementia symptoms but is used as a starting point should your parent need additional analysis.  They will also have a blood test to rule out any other underlying health conditions. If specialists can’t find any other ailments then your parent will be sent for a CT scan to rule out any other conditions.  This is followed by an MRI scan which can directly diagnose dementia by scanning the brain’s structure.

How are dementia symptoms treated?

Unfortunately, dementia can’t be cured but it can be slowed down significantly, especially if diagnosed earlier on. For more details on drugs used, visit our guide on dementia treatment.

In a new episode of the Age Space Podcast, we talk to Dr Alex Bailey, an old age psychiatrist working in Westminster, sharing his thoughts and advice on dementia. This includes identifying the early signs of dementia, details of memory services, supporting those with dementia to live well, psychological therapies, supporting carers and much more. Listen to the dementia explained podcast.

What to read next... 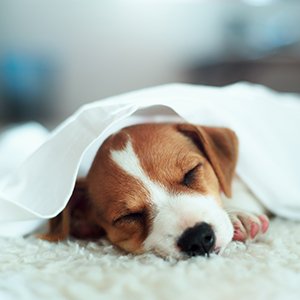 As most of us will have experienced at one time or another, not being able to sleep, or not sleeping well c... 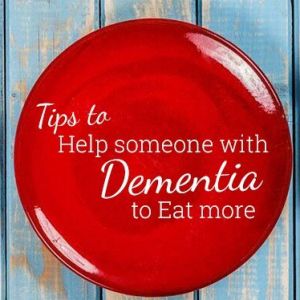 8 practical tips to help someone with Dementia to eat more

Get a Weekly Round-up
of our best bits

Our list of the best personal alarm providers in the UK

Previous
Next
Sign Up to Our Newsletter
Receive weekly tips and advice on caring for an elderly relative. Plus, access to discounts and downloadable guides. 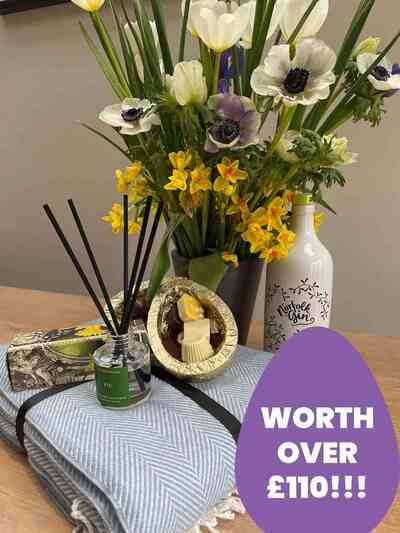 We love treating our readers and this month we have this fabulous Easter Goodie Hamper up for Grabs!